*A version of this post was originally published on The Tattooed Buddha.

For years I have been trying to write this one character who continues to evade my creative bullseye.

Simon Myth was born in my mind in January 2011.

My previous marriage was on a steady decline and my psyche was fractured, needing a release for the esoteric leanings which my wife was beginning to have an issue with.

As my marriage was breaking up, Simon was growing—and he has been with me ever since. As with most of my creations, he just sort of spawned: an image with very little detail.

There was a resonance about him that gripped me though, and it was up to me to reach out into the imaginative realms and get to know him—to develop him puzzle-piece by puzzle-piece until I finally got some sort of beat as to who or what he was (and is). In most circumstances, he takes the guise of a modern-day Gandalf of sorts, with magic, the occult, and all kinds of supernatural hubbub taking center stage.

To be fair, that is generally the way it works for me: I get a vague idea, a setting maybe, or a character, most often a dream. Then the process—for me, writing and developing it—involves no planning at all. No outlines. I slowly just have to unravel that particular idea as a detective would a mystery, following whatever clues my imagination decides to give me.

Sometimes that makes for really crappy writing, but every once in a while I seem to hit one out of the park. I’ve never been able to go about it any other way.

I have written two books in my day, and have been aching to complete a third, but Simon Myth always gets in the way. Anytime an idea floats to the top of my to-do stack, Simon pushes it to the side and says, “No! Me! It’s all about me right now! You will not forget about me!”

Whatever I’m working on soon shape-shifts into Simon’s face, and I’m stuck in the cul-de-sac of finding a way to make this guy play well with the others in my mind. The problem with that, however, is that Simon is illusive. He comes and then he goes. He is a participant of the dream-time realms, a daimonic being, therefore I am never truly able to get an exact tag on him.

By daimonic, I mean the Gnostic-Neoplatonic notion of an entity that is not entirely physical or spirit, not one or the other, but both and neither at the same time.

The daimonic paradigm can be understood as the Latin anima mundi: the World Soul. It is the region where paradoxical beings, called daimons, act as intermediaries between the worlds of gods and men. Other than the work of Carl Jung, English philosopher Patrick Harpur’s book Daimonic Reality is probably best work available on the subject. He echoes Jung’s sentiments that “the daimons are archetypal images which, in the process of individuation, conduct us towards the archetypes (gods) themselves. They did not have to convey messages; they were themselves the message.” (p.38)

I struggled with this idea over the years every time Simon thrust himself into my consciousness and I tried, in vain, to figure out what he was there for. Writing story after story, Simon went through so many variations and phases that he must have twenty different origins and histories by now. He worked himself into every project I had worked on, even if it initially had nothing to do with him.

Each time as the story, and Simon himself, began to develop, began to become more clear, he would then vanish, slipping through my fingers like I was attempting to sculpt with dry sand. What was happening? Years of my creative work had been trumped by this being, and for what? To just drift away like yesterday’s storm? Come and go, leaving me with half-finished tales spun for nobody but me?

Plotinus (AD 204-70) once stated that a daimon which is attached to a human being (as was the case for Socrates, Plato, and many other thinkers and artists through time) are:”not an anthropomorphic daemon, but an inner psychological principle, viz:- the level above on which we consciously live, and so is both within us and yet transcendent.”

Over time I began to see the possibility of Simon as just that, an aspect of my psyche that refused to let go. He represented a fragmented part of myself that aspired to a transcendence within me that wouldn’t go away. Why was I not able to bend Simon to my will, like all of the other creations in my head? Could it really be that Simon was more than just a standard creation of mine? A daimonic consciousness that was growing, adapting, adjusting itself over time? A being that side-stepped every effort of mine to fully carve into fictional existence?

“Personal daimons are not fixed,” Harpur says. “but can develop or unfold according to our spiritual development.” (p.42)

All daimonic phenomena dodge the opportunity to become a literal reality in which we can measure, or test: ghosts, UFOs, Loch Ness monster, Sasquatch—all just show up for a glimpse, but we can never really get that verifiable evidence needed to have empirical proof. The picture is always hazy. The film grainy. The daimonic realm is amorphous, and that is its true power. We can never truly grasp it with our hands, but it lures us with an inner yearning to have more, to lift the veil and uncover the mystery. But, that’s just it: it is the mystery itself. Without the mystery, there is no daimon. Without the daimon, there is no connection the World Soul, the storehouse of all imagination.

This is what dawned on me a few weeks ago, as I sat in the woods alone on the New Moon. The deep dark of the night took me, and I was able to go within myself without any distractions to find what exactly this force called Simon Myth means to me. This daimonic being has very much been a mirror of my own spiritual evolution as a human being. Living a life of spiritual dedication takes a certain amount of insanity: you are basically hedging your bets on an invisible ideal that never fully manifests itself.

It takes a certain amount of faith and trust and as soon as you try to measure it, to test it, it loses its efficacy. The luster, the magic, goes away.

Simon, I was able to see clearly in the blackness of night, was a lesson for me in my own relationship with the Unseen. If you run head-long into the forest, you’ll scare the sprites away; but if you are quiet and patient, you may or may not see them, but at least you still have a chance at catching a glimpse.

Maybe Simon Myth can’t be made into a bonafide character for me to mold to my liking. Maybe Simon Myth is an access point or guide-post, an ambassador to the daimonic-imaginal realms within my own mind where a host of other beings wait for my word. Who knows? Maybe I’m just crazy and talk to imaginary friends.

Your move, Simon. What’s next in this crazy adventure of ours? 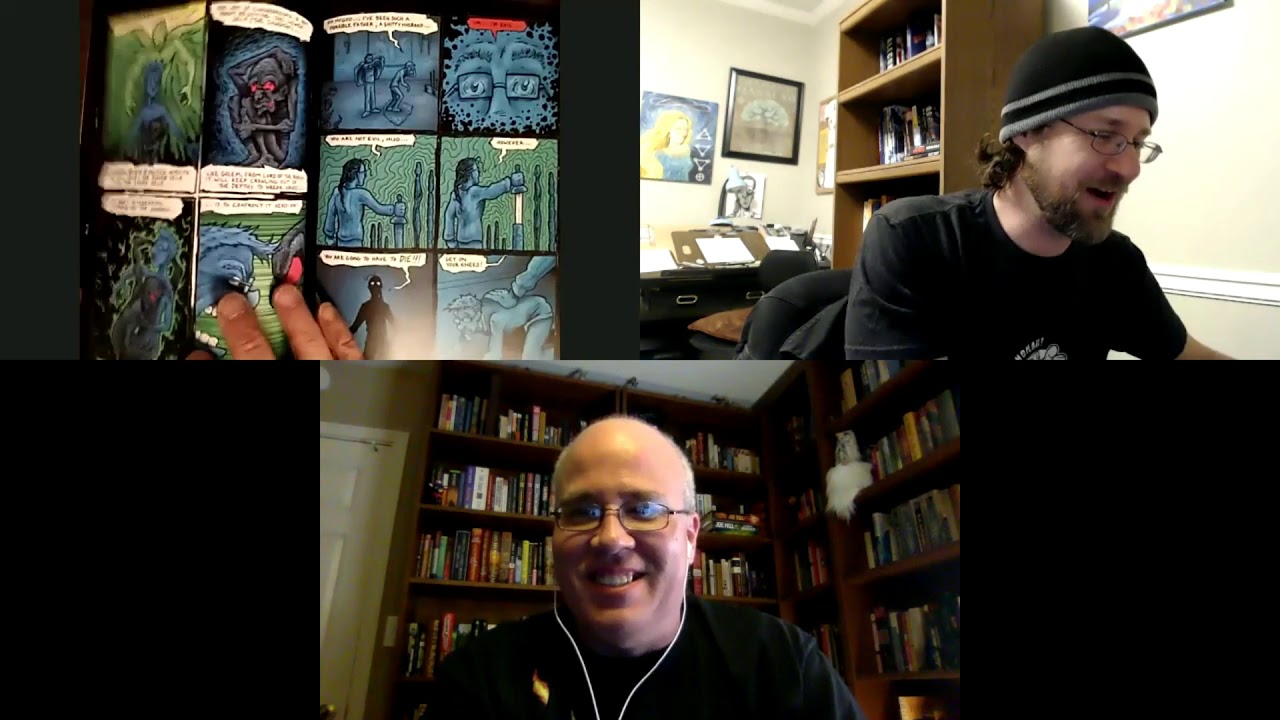